For Catherine Ducreux, chronology is of no help. Styles and subjects are not neatly divided into periods and phases. No linear evolution can be distinguished, no reasoned progression is apparent. She sculpts as she pleases, carves the stone according to her desire or models the earth according to the urgency of the moment. She executes her creatures with jubilation: the poses of an oriental dancer, the mischief of a clown musician, the languor of bare-chested bathers. For her, it is a matter of proportions more than of style, of oval hips, round necks and arms, colossal thighs and prominent bellies, tender figurines, which she enhances with bright colours.
For some years now Ducreux has also been painting and his phantasmagorical characters find new life and purpose in a different perspective in space but as attractive and intriguing as her sculptures. 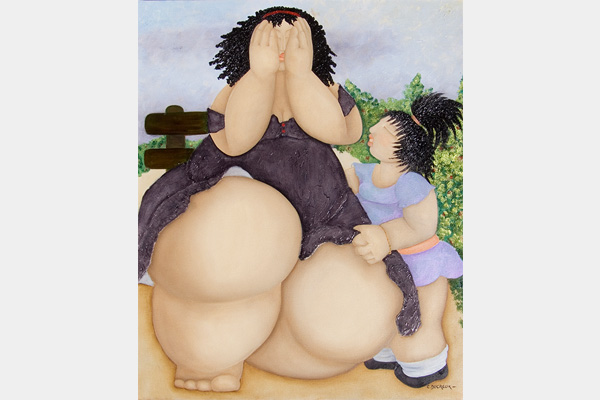 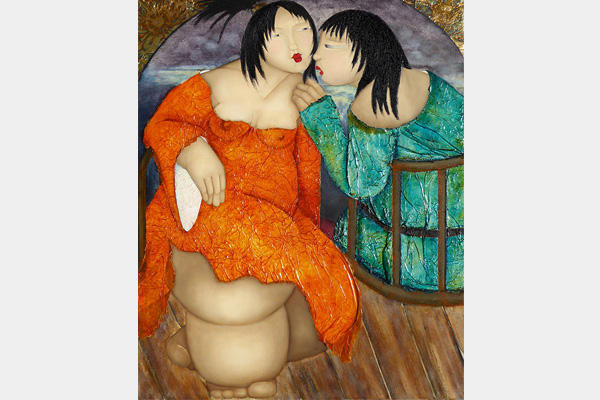 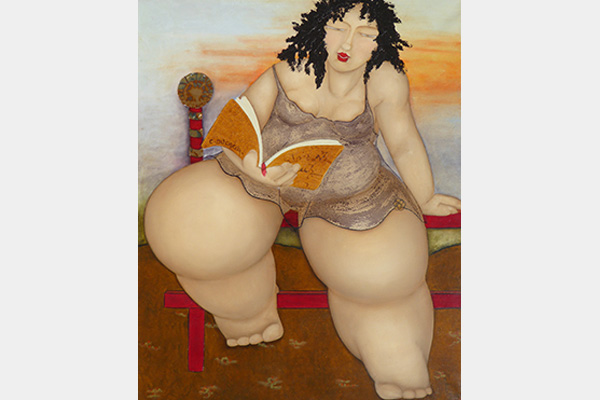 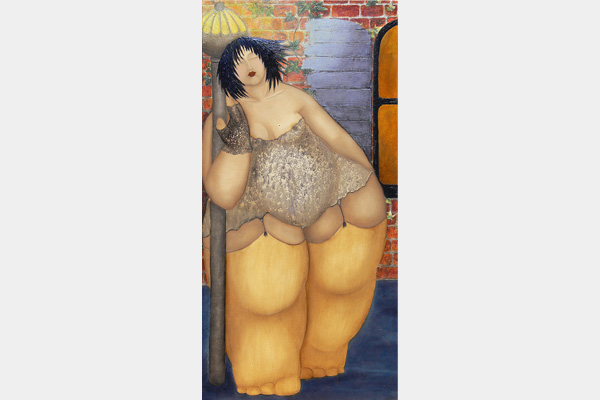 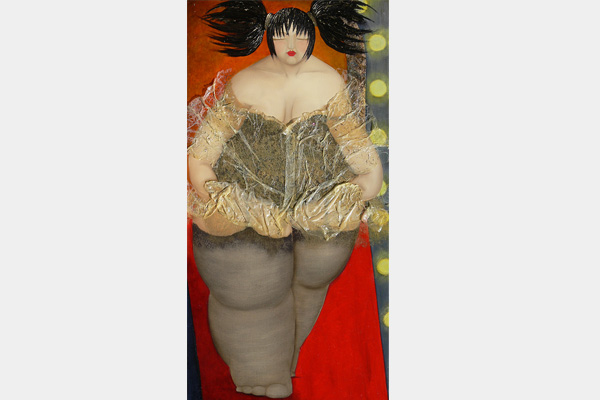 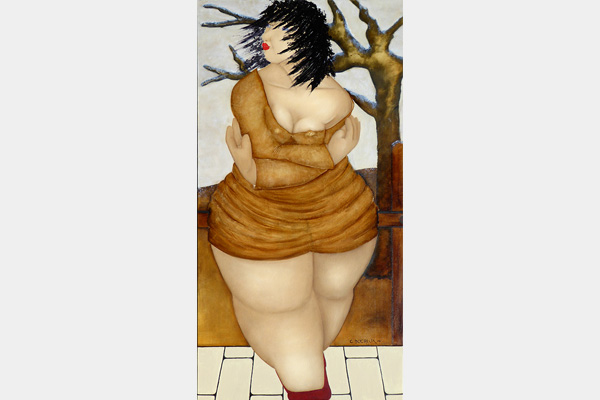 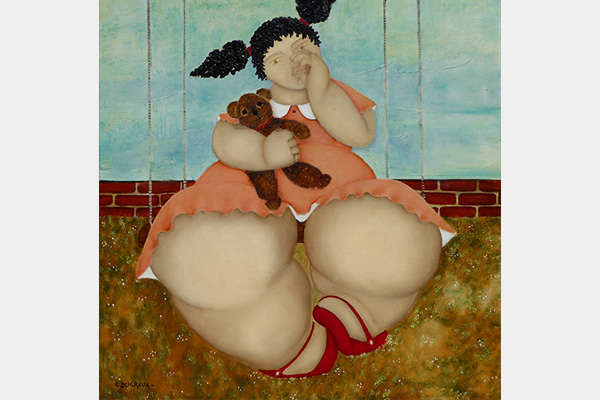 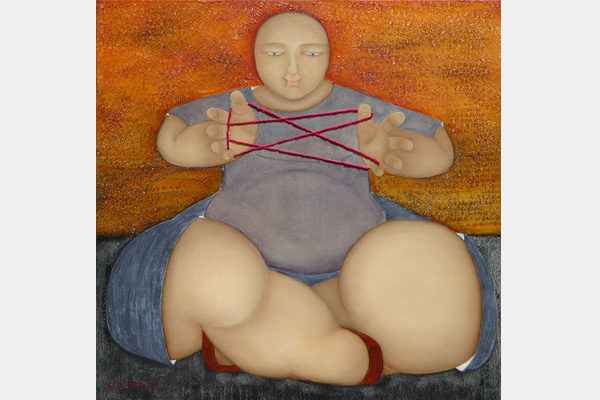 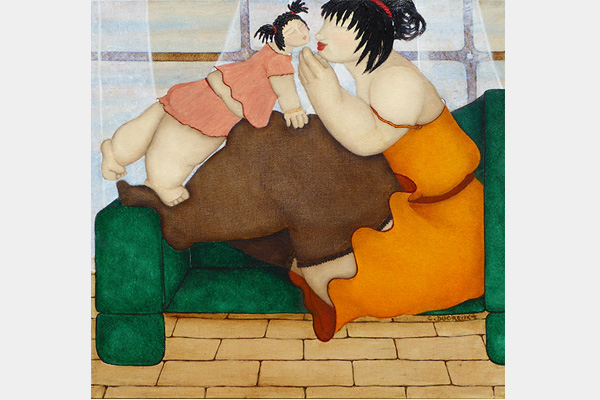 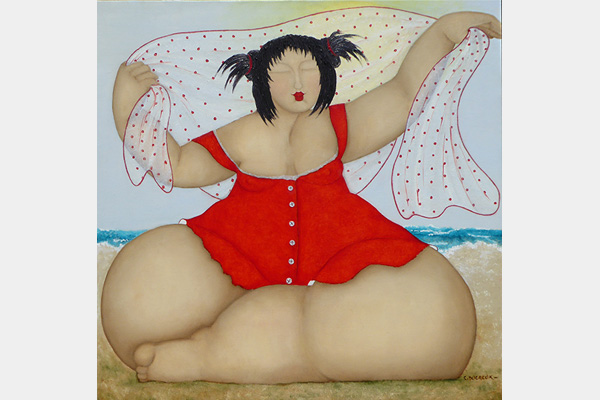