It’s been more than 40 years that Edoardo Puglisi started to make a name for himself in the international art scene. Born 1936 into a noble family of Catania (Sicily) he has known from an early age that he wants to become an artist. So he leaves his native Sicily and moves to Paris, where for some time he lives the life of an easygoing Montmartre bohemian, meeting artists and writers that have a formative influence on his style. His talent is soon recognized and he joins a group of painters that is invited by the Persian Government to decorate the winter garden of the Shah’s Imperial Palace.

In 1963, Puglisi has his first solo show in the Northern Italian city of Pavia. Many other exhibitions and cultural events are to follow, Milan, Paris, Teheran, Cannes, Bale, Belgrade, Bologna, Lugano, Shiraz, Tunis, Rome, Aix-en-Provence, Los Angeles, Las Vegas are places he is to become familiar with.

In 1973, Puglisi receives an award with which a jury of American journalists recognize his international importance, other v.i.p. thus honoured with him are Henry Kissinger, Ted Kennedy, Liza Minelli, Frank Sinatra and Dean Martin. And in 1979 Italian President Sandro Pertini makes him “Cavaliere al Merito della Repubblica Italiana” in honour of his artistic merits. During his career Puglisi obtains numerous prizes and official awards for his works. Pope John Paul II remarks that he “has felt a clear message of peace” viewing Puglisi’s painting “Primavera” (Spring), which the artist presented to the Vatican Museum in 1993.

A free and extravagant spirit makes Puglisi an equally perfect performer and showman. He begins organizing artistic manifestations that bring him into close contact with the Italian Jet Set. The press of the time shows the enterprising artist next to people like Anita Ekberg or Steve McQueen and others. But this period of a very intense and busy public life is followed by a long interval of introspection and a search for artistic renewal. In the 1980s he returns to France where he meets and becomes friends with Denis Coutagne of the Cézanne Museum in Aix-en-Provence and with Renaud Temperini of the Louvre. They make him rediscover the French impressionists, an influence that can be detected in Puglisi’s “Fiori” (Flowers), a series of paintings where Puglisi experiences “dripping”, a technique that has become the trademark of American artist Jackson Pollock.

The “Fiori” oeuvre is the first in a cycle of New Age paintings with which Puglisi pays hommage to French culture as well as to his native Italy, paintings that evoke the mysteries of Venice as well as the atmosphere of 19th century France with its tabarins and cancan dancers. The exhibition in Aix-en-Provence is well received by an enthusiastic public in 1997. Puglisi’s art is much appreciated also in Japan where a series of designer porcelain is based on his “Fiori” oeuvre.

In September 2002 Puglisi is named “Mousquetaire d’Armagnac” in a ceremony in Gascoigne held by Senator Aymeri de Montesquieu, a direct descendant of the famous D’Artagnan. 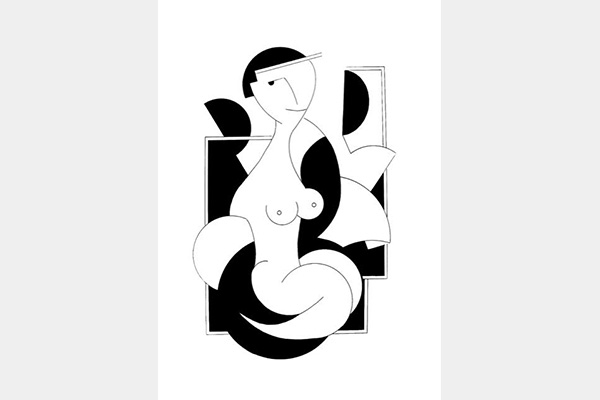 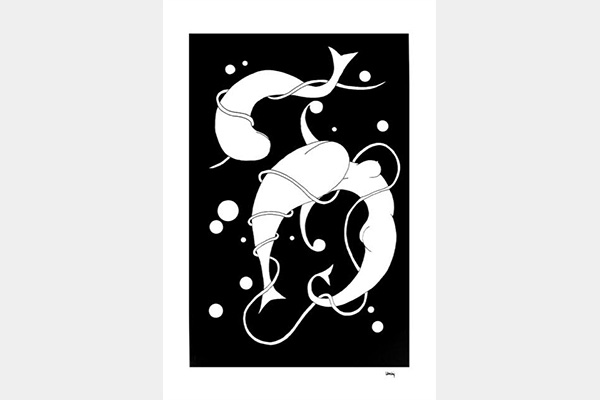 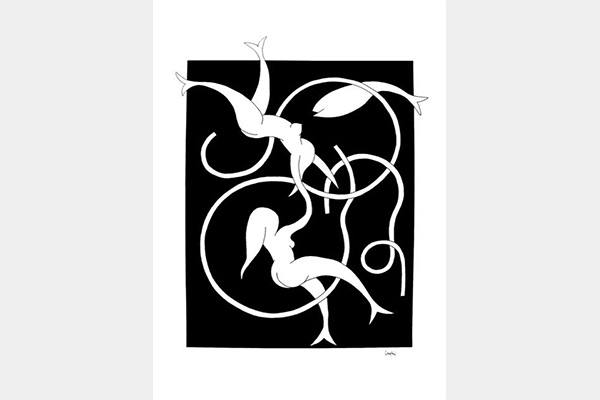 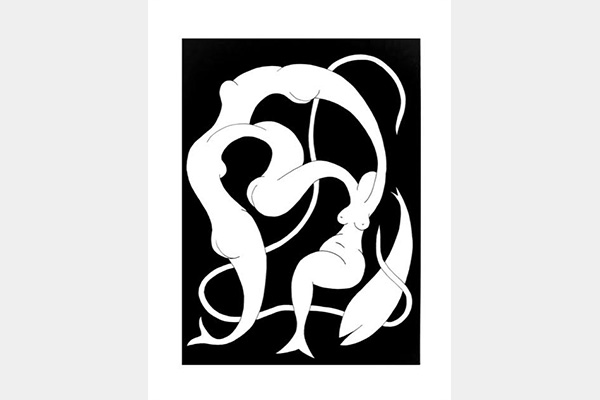 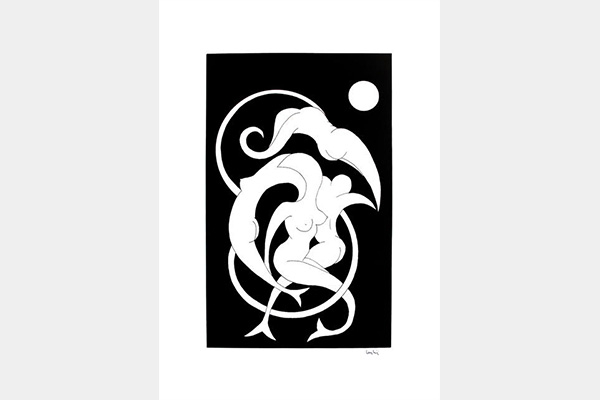 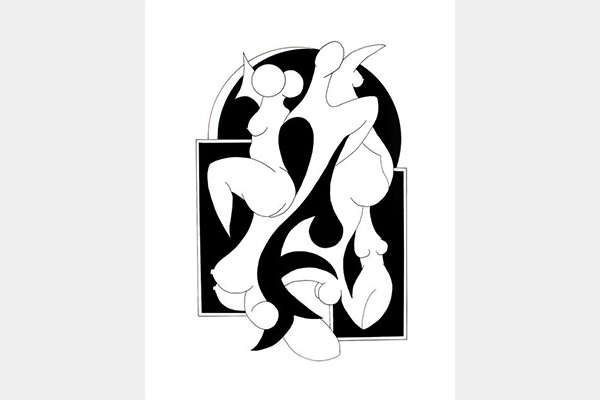 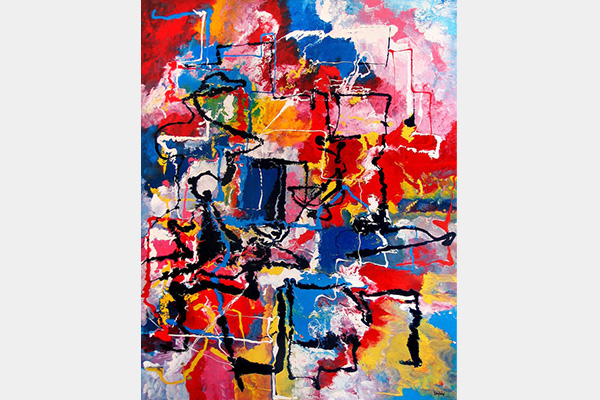 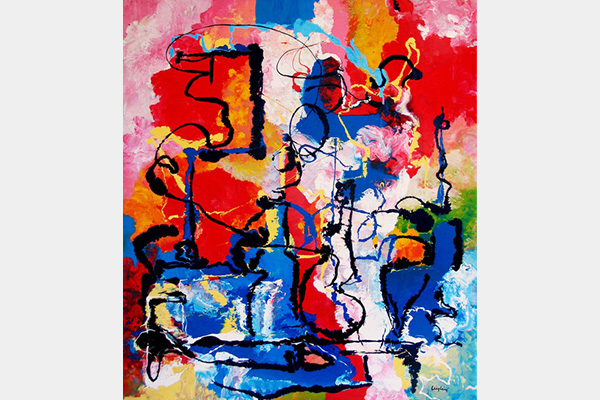 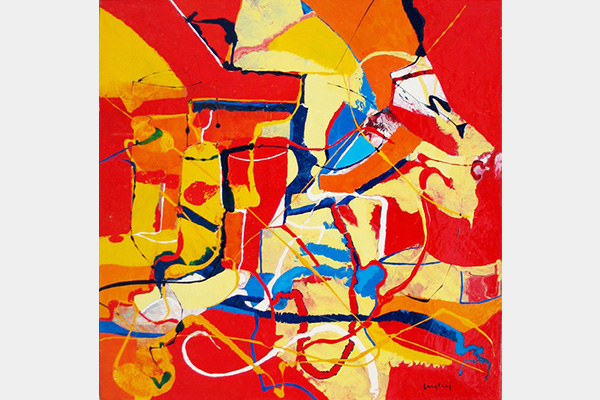 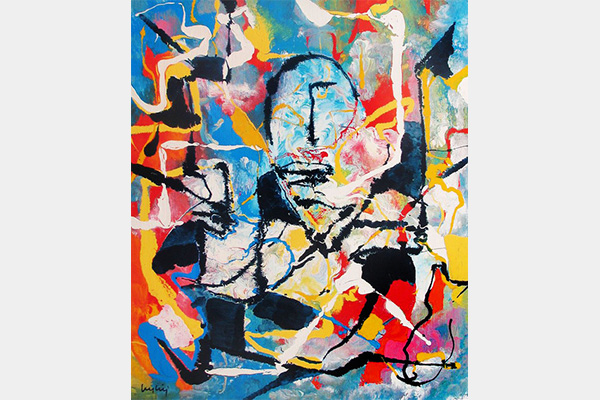 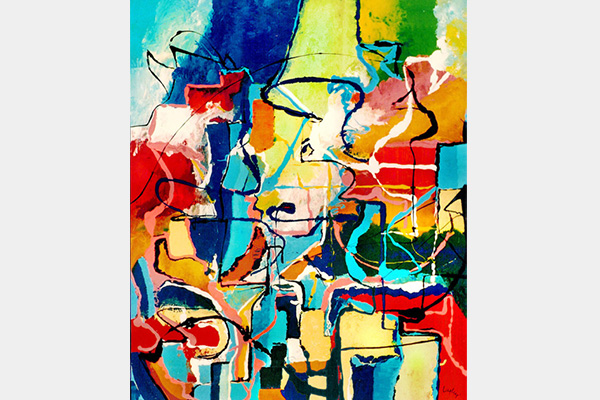 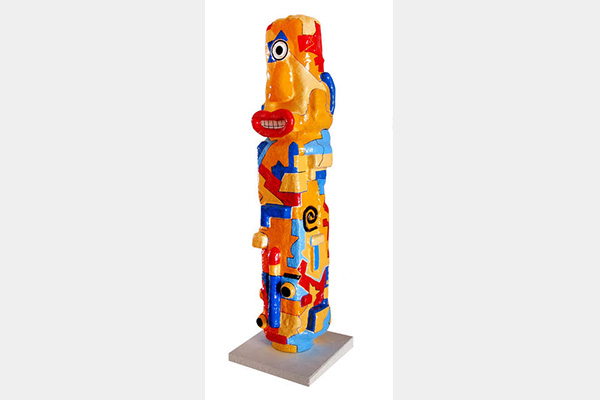 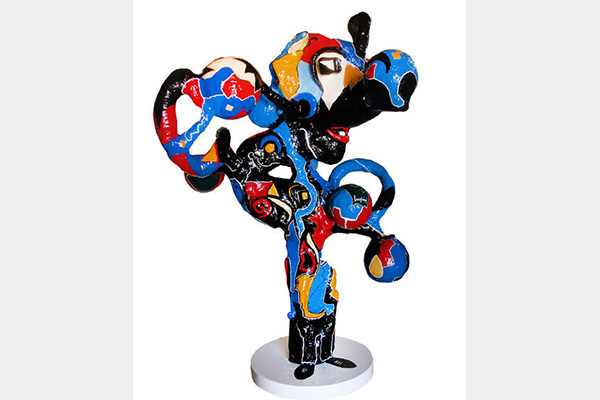 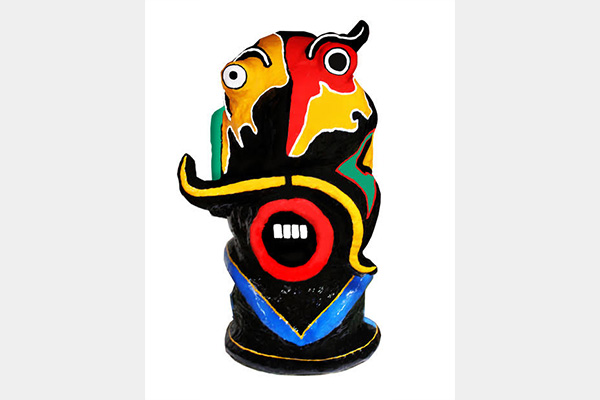 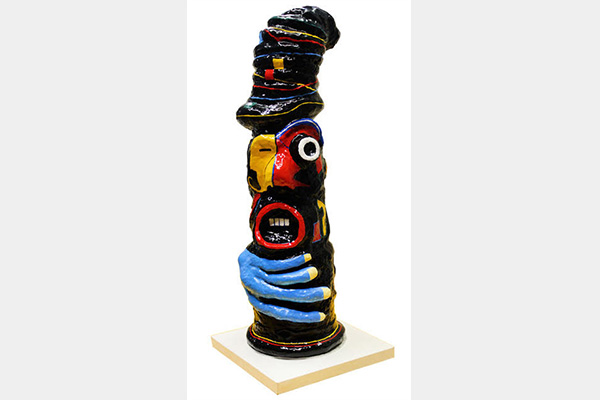 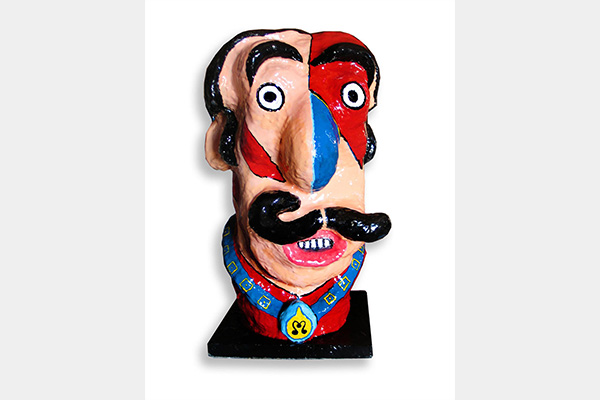 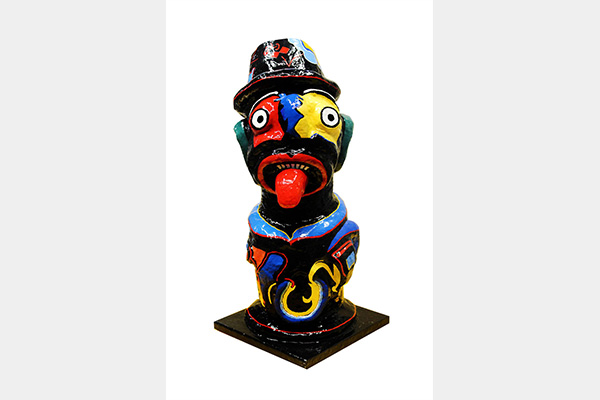 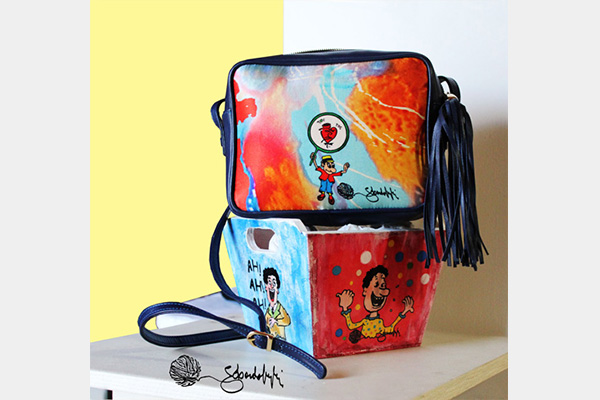 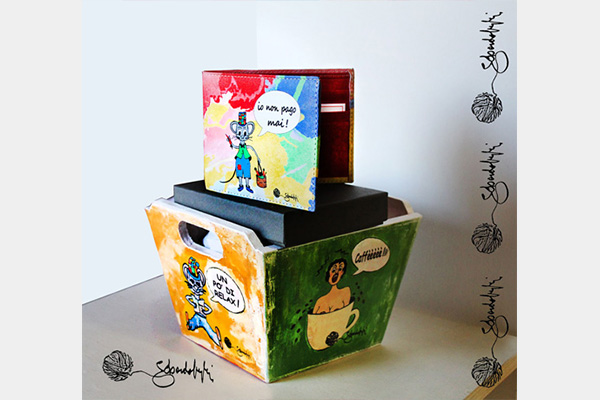 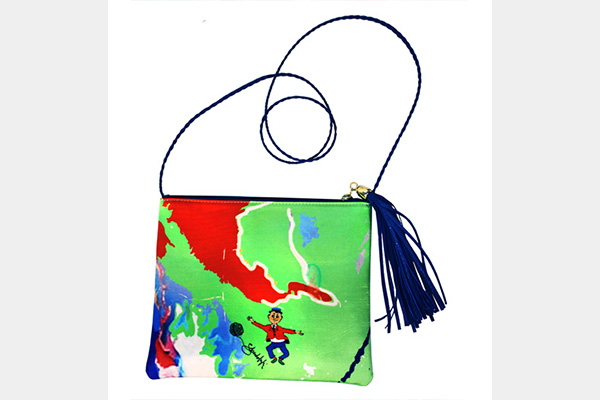 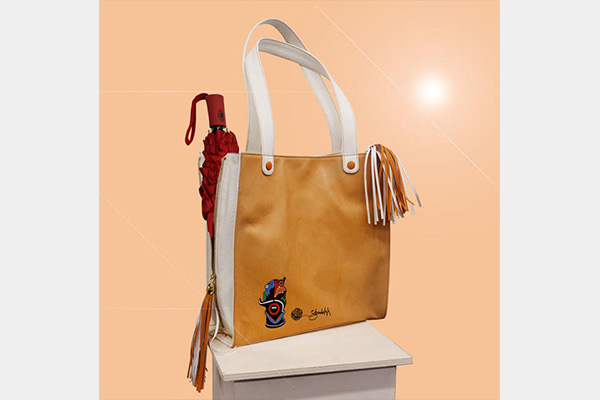 Practical and sporty, roomy with side pockets for umbrella and water bottle
Made of genuine Italian leather
One of a kind
32 x 33 cm
430€ 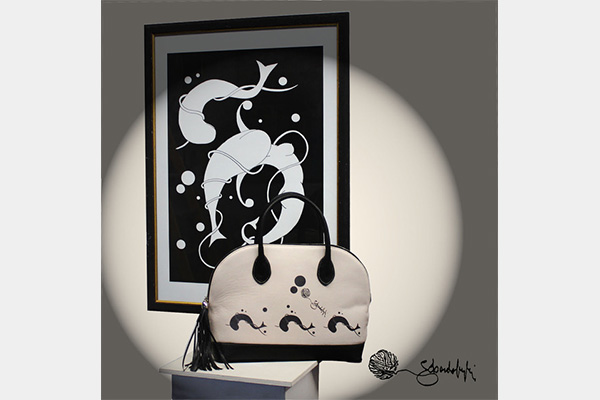 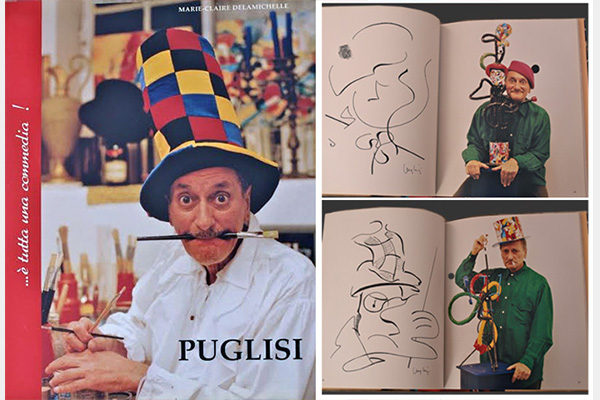 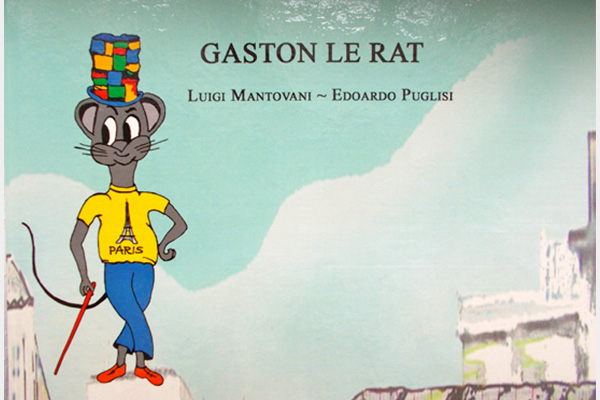 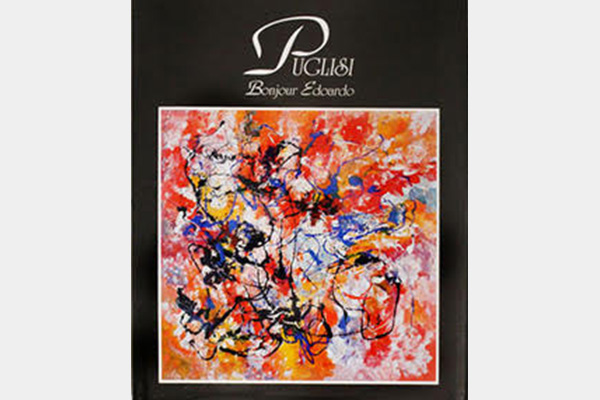 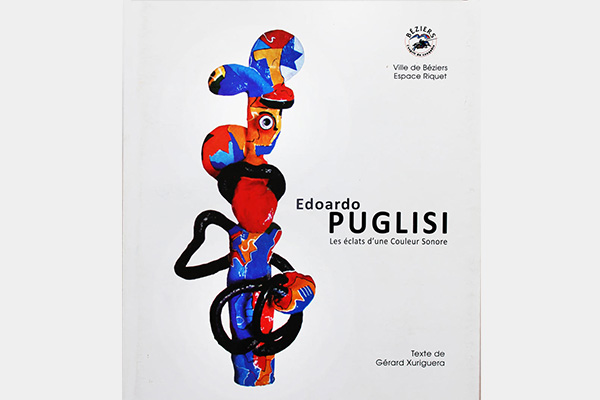